The Outsider’s Guide to Southampton 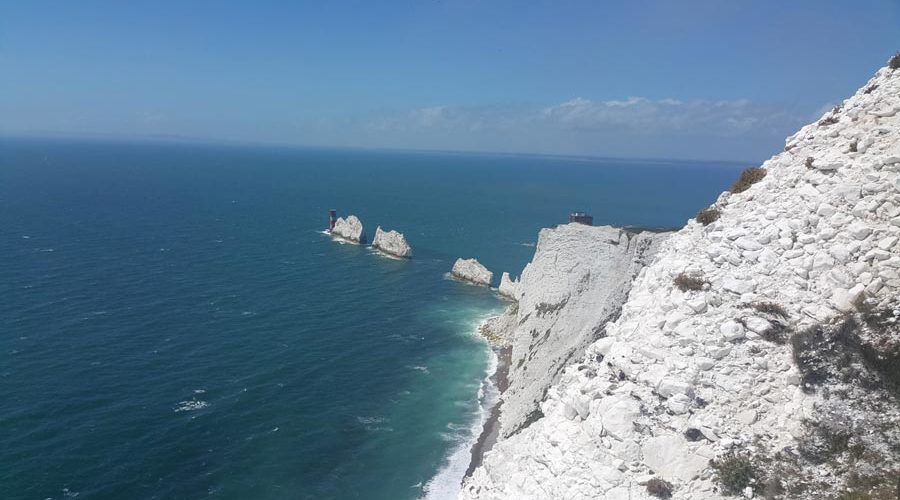 Do you dream of a life that is vibrant, exciting and full of endless possibilities?
I certainly used to. I moved from city to city both at home and abroad searching for that life. Cardiff, Innsbruck, Catania. I looked high and low, waiting and wondering.
That is until a few months ago, when I stumbled across it in the most unlikely of places.
Where!? You ask. Paris perhaps? Or maybe Rome?
Not quite, in fact that wonderfully unexpected gem of a place is the city of Southampton, on the coast of the South East of England.
You might be sceptical. I understand. Before moving here, I had no idea that the lid of this unassuming city would lift to reveal a lively, multi-cultural treasure trove.
Still don’t believe me? Then just sit back, relax and let me share the reasons for why I think Southampton could be the answer to all your hearts desires.
Three reasons to love Southampton:
– The Sporting opportunities
– The International feel
– The proximity to the best of the South Coast

Sport is one of my main passions in life and is therefore a very important factor in if I enjoy living in a place.
Like most cities, Southampton offers a variety of gyms, sport classes and swimming pools.
In addition to this however, Southampton also has a few things that make it just that little bit special.

Let’s start with running as it is one of my favourite sports. It’s simple, effective and free.
To keep my motivation up for running, I need to have somewhere beautiful and green to go to. Fortunately for me, Southampton Common delivers on both of these aspects.
The common is a large beautiful park in the city.
My morning run takes me over the green spaces, through areas of woodland and around the little lake. As someone who grew up in the countryside of North Wales, this little snapshot of nature is like a tonic for my soul.

For cycling, nothing beats the New Forest, which is a national park just outside of Southampton.
Nothing makes me happier than driving to one of the free car parks on the edge of the forest and setting off to explore the 566 square kilometres of woodland, heathland and river valleys, occasionally stopping to let one of the many wild ponies cross my path.
Some of my favourite rides have taken me to the stony beach of Lepe on the shores of the Solent and around the stunning lake in the picturesque village of Beaulieau.

Although I like a lot of sports, my main passion is for rock climbing. I started during my first year of university and have been a little bit addicted ever since.
The lack of rocks in Southampton mean that, for most climbers, it’s not their first choice of places to live. However, the brilliant Boulder Shack bouldering centre keeps me happy, particulary when the British weather does it’s worst.
A lot of my free time is spent climbing the routes, chatting with the friendly staff, attending the fitness classes and generally just soaking up the fun, relaxed atmosphere. And once the long British winter ends I’m looking forward to weekend climbing trips to the sea cliffs of Dorset and Portland.

Finally, I will talk about football. I’ve never been a big fan of football but the infectious enthusiasm the locals have of the Premier League club Southampton F.C.  is enough to make even the most reluctant sports supporter an avid follower of the sport.
The “Saints”, as they are known affectionately by their fans, have been around since 1885.
The clubs home stadium is currently St Mary’s which is the largest stadium in the South East.
A long standing and heart felt rivalry exists between Saints fans and those of the neighbouring city of Portsmouth, which as an outsider is fairly entertaining to witness.

For me, Southampton is a wonderful example of modern Britain. It is a melting pot of religions, cultures and nationalities and it wears this identity proudly.
My walk to work each day takes me past a small church, two Gudwara’s and a majestic mosque.
My work with the Lewis School of English also brings me into contact with students from all around the world. The large population of international students at both Southampton and Solent University further adds to the international feel.
The range of restaurants on offer in a Southampton also showcases its multi-cultural identity.
During my lunch hour, I have the choice of an Italian, Chinese or Japanese restaurants all within a 10 minute walk. This is in the addition to the traditional options of fish and chips or British pub food.
In the summer, I was lucky enough to go with my students at the Lewis School of English to the MELA festival, an event which filled the Hoglands Park with an explosion of colour, music and dance from around the world.

Proximity to the best of the South Coast

Southampton is in easy reach of many of England’s top tourist attractions.

Number one on the list is of course London, which was the second most visited city in the world in 2019.
A direct train can take you from Southampton’s train station to central London within 90 minutes, so you can have afternoon tea at the Ritz and still be back in time for dinner.
As well as the many world famous tourist destinations such as the London Eye and Buckingham palace, being so close to the country’s capital gives locals access to all the art, cultural and sporting events that London has to offer.

Another lesser known gem that can be reached easily is the Isle of Wight.
With its many beautiful beaches, the Isle of Wight has been a popular tourist destination since the Victorian times.
Other attractions on the island include Osbourne House, the impressive holiday home of Queen Victoria and the ancient Carisbrooke castle.
A ferry can take you from Southampton to the island in under an hour.
However, if you happen to have a generous (and rich) family friend with a sailing boat, a sail around the island is a memorable adventure.

Other cities that are well worth the visit are Winchester, Bournemouth and Portsmouth.
Winchester for its cathedral, which is one of the largest in Europe, as well as the quaint lanes filled with boutique shops and independent cafes.
Bournemouth, with its 7 miles of sandy beaches, is a popular summer day-trip destination.
Portsmouth is great for shopping (there’s a big outlet store), history (the historic dockyards) and for walking barefoot across the glass floor at the top of the Spinnaker tower, looking at the view below.

If you want to keep fit and active, learn about different cultures and visit beautiful places, then Southampton is a great choice for you. So, whether you’re thinking of moving to Southampton full time or perhaps you’re hoping to improve your English at the Lewis School of English. Go for it. It will be the best decision you’ve ever made.

Trinity CertTESOL courses: giving something back