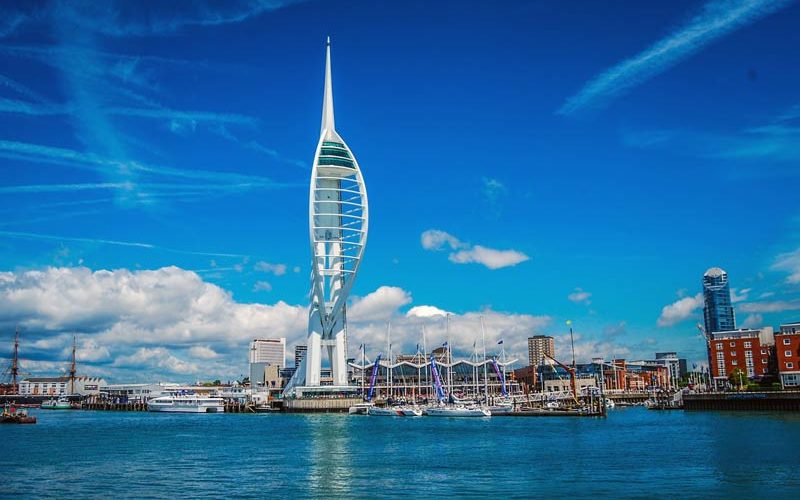 Portsmouth is a unique island city

Portsmouth (population 196,000) is a unique island city and one of only two in Europe and, like Venice, has had a pivotal role in imperial maritime history.
It used to be the largest naval base in the world in the heyday of the British Empire. Nowadays, it is still home to the Royal Navy and attracts many tourists.
The Historic Dockyard is Portsmouth’s best-known attraction. There you can visit the 19th century HMS Warrior, and the HMS Victory, with which Nelson defeated Napoleon’s navy at Trafalgar in 1805.
There is also the new Mary Rose Museum, where you can see the remains of Henry VIII’s warship, which sank in 1545.
The most spectacular landmark in the city is the Spinnaker Tower, which opened in 2005.
It is 170m high and provides a fantastic view of the city. The tower is situated next to a very modern shopping area called Gunwharf Quays, which is full of fashion stores, restaurants and nightclubs.

Southsea is an attractive district of Portsmouth with numerous tourist attractions, such as Blue Reef Aquarium, Southsea Castle, the Royal Marines Museum, Portsmouth Natural History Museum and Clarence Pier.
Take a train to Portsmouth & Southsea and then a bus to Southsea.

Where is Portsmouth, England?

Emergency medical assistance in the UK

Visit London, the greatest city in the world!