The adventures of an English language teacher 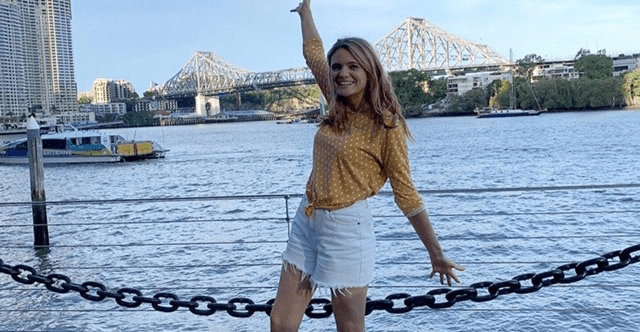 What do you want from your career?
Do you want to travel, to challenge yourself and to feel a sense of purpose?
Well, our newest teacher at Lewis School, Antonia, managed to find all of these things and more in the world of English language teaching.
Read on to learn about Antonia, who with seemingly unending energy, friendliness and grit, managed to carve out an exciting, unique and varied life path for herself…

Antonia grew up in the nearby town of Lymington in the New Forest but since her childhood, she has lived in many different places. Antonia has just recently returned home from a once-in-a-lifetime experience of living and working in Australia. Although still adjusting to life back in the UK, especially the weather, Antonia has jumped into her role here at Lewis School with boundless energy and enthusiasm.

Antonia has been with us now for three weeks. With a varied work history, Antonia has been able to take on a wide variety of teaching challenges. During her short time with us so far, she has taught two French children, a pair of young adult twins from Macau and a mixed nationality general English class.

From France to Hungary to London to Australia

After graduating from university in Liverpool with a degree in classics, Antonia didn’t have a fixed plan for her career. All she knew was that she didn’t want to work in the same boring job for the rest of her life.
She decided, therefore, to do a CertTesol course, which is a one-month intensive course that qualifies you to work as an English language teacher.

With her qualification complete, Antonia found herself a job as an English language teaching assistant in Hungary. Life in Hungary, which was very different from anything she had experienced before, gave her all the challenge and adventure she had been looking for.

For her next teaching abroad experience, Antonia headed to France. Growing up Antonia had spent some time in France with her family and had learnt a bit of French at school. This time around, therefore, the experience was more enjoyable than challenging and she quickly settled into life in France.

Having lived abroad for two years now, Antonia decided to settle a little closer to home. She applied for a tough graduate scheme, in which after just two weeks of training, she became a primary school teacher in London.
Antonia learnt a lot in her role as a primary school teacher but struggled with the bureaucracy and the endless hoops she was expected to jump through. She resolved, therefore to broaden her skill-set and made the move to a job in special educational needs. This work was particularly fulfilling, as she could dedicate more time to the individual pupils and, as a result, felt that she could make more of an impact.

To the land down under

Antonia’s move to Australia seemed to happen almost by accident. By now, she had been working in London for a few years but her feet had begun to itch again. She went with her family to Australia to attend a cousin’s wedding, but while they left to go home, she stayed on.
Antonia’s Australian adventure didn’t get off to the best of starts. To begin with, she was living in Sidney, which to her, felt just a little bit too much like London. After a few weeks of fruitless job searching in rainy Sidney, Antonia broke her ankle and decided that maybe it was time to move on.
From Sidney, Antonia moved north to the much sunnier Brisbane. Here she quickly found work in a German-themed bar and then later at a language school. Antonia’s face shines with joy as she talks about her time in Brisbane. She loved her work at the language school and made some really good friends. She got involved with life at the school, organising both the school talent show and Christmas party.

It’s quite common for primary and secondary school teachers to move into English language teaching. But why is teaching English as a foreign language so popular, besides the fact that it allows you to travel?
Well, for Antonia, she got much more satisfaction from teaching English, particularly to adults. She found that adult learners tend to be more motivated and more appreciative. As having good language skills is so important in today’s world, Antonia also enjoyed the fact that she was able to give her students a valuable life skill.
Another aspect of the EFL world that Antonia likes is the international environment of English language schools. She enjoys seeing her students from all over the world coming together and sharing their respective cultures.

Now back in Lymington, Antonia says she’s missing her life in Australia. Having travelled a lot, Antonia’s friends are scattered all over the globe. Fortunately, both her brothers and a few friends now live in London and so she spends many of her free weekends there.
As with many locals, Antonia is also a huge fan of Southampton’s Premier League football team, “The Saints”. Since coming back, she has been to nearly all their games.

I hope you’ve enjoyed learning about our newest teacher here at the school. Her adventures, moving from country to country, truly reflects the exciting and varied path of many EFL teachers.
Are you an English language teacher?
Where in the world have you lived?
What are the best and worst things about being an EFL teacher?