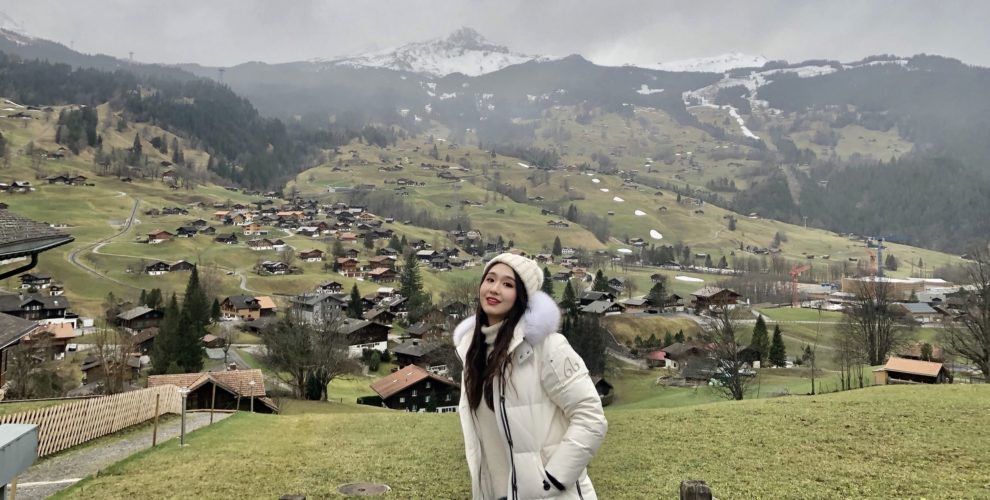 Let me introduce you to our latest recruit here at the Lewis School; the lovely, bubbly marketing intern Fiona. Fiona rocked up here on her first day of work with a selection of tasty Chinese treats for us to try. This, alongside her infectious smile, instantly made her a firm favourite with all the staff at the school. Fiona who is from the city of Shenzhen in China has joined our increasingly international team, which alongside a few locals, includes people from South Africa, Wales and Korea.

What does she do?

Fiona has been working on an exciting new project, developing and implementing a marketing strategy to promote two new courses for international university students. These new courses, University Academic Skills and Work Skills for the Global Market aim to give students the knowledge and skills necessary to excel in their studies and to prepare themselves for the workplace.
Fiona is well qualified for the role as she studied Human Resources Management at the Zhuhai branch of the Beijing Normal University and is now completing a master in Marketing Management at the University of Southampton. Through this one-day-a-week internship, Fiona is making the most of the opportunity to show off her impressive skill-set and knowledge.

Fiona considered various different countries for her masters including Hong Kong and Australia. However, the UK won out as her preferred choice, partly as a result of her love for UK culture, which she’s seen through classic British television programmes such as Downton Abbey and Sherlock Holmes. The final, and possibly most important reason, is that she is a big fan of the English accent.
Having applied to a couple of different universities in the UK, Fiona’s final decision was between Birmingham and Southampton. She chose Southampton for its proximity to London and because it is a smaller, safer city. Another reason is that her boyfriend studies in Cardiff, the capital city of the UK, which is just a few hours train ride from Southampton.
Fiona has certainly made the most of her time in the UK and has used Southampton as a base to explore various other cities including Oxford, Edinburgh, Cardiff, York and Warwick. These beautiful, picturesque cities are one of Fiona’s favourite things about the UK, well that and the fact that cosmetics here are so cheap.

Fiona grew up in the city of Shenzhen, which is close to Hong Kong. At home, she lives with her mother, father, younger brother and grandparent in a high-rise apartment building. Her mother is a primary school teacher and her father, a finance manager. Her brother is still at school but also hopes to study in the UK in the future.
Shenzhen is a very different city to Southampton. With a population of 12.53 million, this mega city positively dwarfs Southampton, which has a population of just 253,651. As a result of the many large businesses that are based there, Shenzhen has huge employment opportunities for young people. Fiona describes her home city as a modern, vibrant place to live and hopes to return there at some point. Ideally, though, Fiona would like to work in the UK for a while after she graduates, possibly in London.
Between her studies and internship, Fiona doesn’t have much free time. However, when she does take some time off, she likes to hang out with her friends, to sing and to travel. Her most recent adventure was a trip to the beautiful, mountainous Switzerland during the winter break.

Fiona is a great asset to the team and manages to liven up the office every time she comes in. She consistently comes up with innovative and effective ideas and with her hardworking and conscientious attitude makes sure to see them through. All of this becomes even more impressive when you consider that she fits her internship in around a demanding full-time course.

➛Recruit – a person who joins an organization, a company, etc.
➛Bubbly – always cheerful, friendly and enthusiastic
➛Strategy – a plan that is intended to achieve a particular purpose
➛Internship – a period of time during which a student or new graduate gets practical experience in a job, for example during the summer holiday
➛Innovative – introducing or using new ideas, ways of doing something, etc.

Getting Creative with Resources