Windsor, over 900 years of history 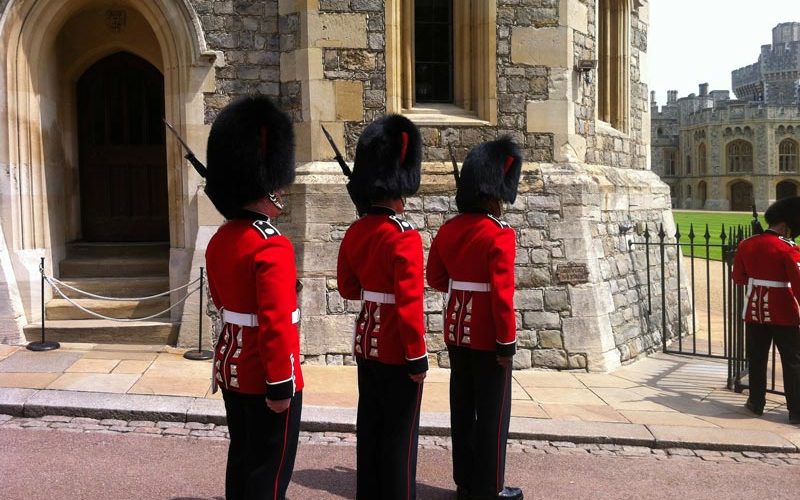 Home to the royals at Windsor Castle

Windsor is situated on the south bank of the River Thames opposite Eton and lies to the west of London. The modern town is dominated by Windsor Castle, standing on the outcrop of chalk on which William I the Conqueror (reigned 1066–87) built the original fortress.
Home to the royals at Windsor Castle, the town is a hugely popular destination for visitors to England.

The site for Windsor Castle was chosen by William the Conqueror.
The plan was to build a fortress that could protect London from attack from the west, while also providing access to the nearby royal hunting ground. Construction on the castle began in 1070 and it took 16 years to complete.
Windsor Castle is an official residence of The Queen and the largest occupied castle in the world. A royal palace and fortress for over 900 years, the Castle remains a working palace today.
Within the castle complex there are many attractions. Visitors can walk around the beautiful State Apartments. These are large suites of rooms in the palace.
The apartments contain many treasures, including famous paintings by Rubens and Van Dyck.
There is also the Drawings Gallery, Queen Mary’s dolls’ house, and the fourteenth-century St. George’s Chapel.
Ten kings are buried in St George’s Chapel and many Royal weddings have taken place there.

As part of the visitor route at Windsor Castle, The Drawings Gallery shows changing exhibitions of material from the Royal Library at Windsor Castle. Special themed displays are shown alongside a selection of treasures, including drawings by Leonardo da Vinci.

Queen Mary’s Dolls’ House is a doll’s house built in the early 1920s, completed in 1924, for Queen Mary, the wife of King George V.

The term chapel is deceptive, as St George’s is more like a cathedral in size. It occupies a large part of the Lower Ward of Windsor Castle and has been hailed as one of the finest displays of Gothic architecture in Britain today.
Construction of the chapel began in 1475 by Edward IV. It was completed in 1528 under the reign of Henry VIII.

Windsor Great Park is a vast area of parkland and forest, starting with the Long Walk at the gates of Windsor Castle, and stretching as far as Virginia Water. In total it covers 4800 acres, although not all is open to the public.

Across the water from Windsor is Eton, home of Eton College, one of the most famous and important schools in England.
Eton College is a boarding school for boys aged 13-18 and was founded in 1440. Prince William and Prince Harry both studied here.
The riverside walk is also very pleasant, and numerous companies offer boat trips.

Where is Windsor, England, U.K.?

The Royal dollhouse – Art, Passion and Power: The Story of the Royal Collection – BBC

Things to do in Windsor UK – An Adventurous World

Welcome to the Royal Borough of Windsor and Maidenhead – Windsor

Why everyone should visit Oxford?

How to open a bank account in the United Kingdom?