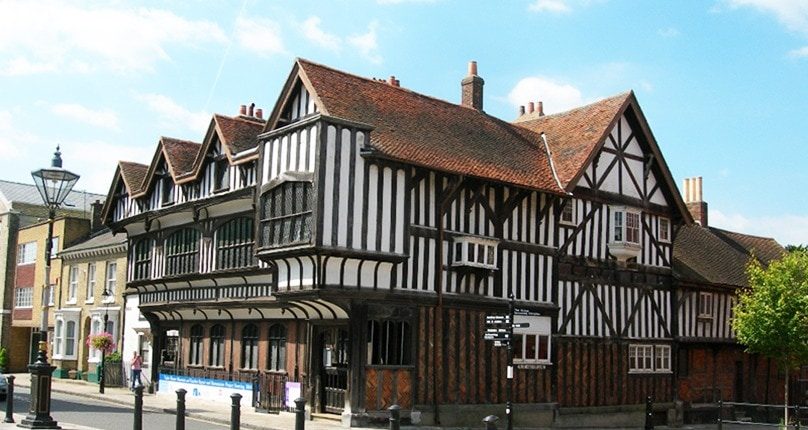 A fascinating wander through time

Isn’t it strange that we rarely visit museums in the city we live in?

For some reason, we only let our interest in culture or history out to air when we’re visiting particularly exotic cities. I, myself, would happily explore the Louvre in Paris or The British Museum in London, yet for the over-two-decades in which I lived in my hometown, I never visited our local history museum.

Now you may argue that a local museum is simply not as interesting or impressive as a museum in a capital city and you may be right to some extent. However, I’d argue that with the Tudor House museum in Southampton, this is clearly not the case. This fascinating museum has plenty to enthrall visitors and locals alike.

The house was built in 1492, on the site of a previous medieval dwelling. The building, therefore, acts a gateway through which you can view over 800 years of history. Whilst wandering through the house and gardens, you can experience aspects of history from the medieval period all the way through to the 21st century.

The museum blends traditional displays with interactive media and audio guides to tell its story in an engaging and informative manner. Several hours could easily drift by as you stroll through the beautiful Tudor ‘knot’ garden, marvel over the fascinating archaeological artefacts and be transported into the past as you listen to the stories of the many different people who have lived in the house over the centuries.

On entering the museum, my first stop is the banquet hall to watch the truly bizarre introductory show. The show restarts every 15 minutes, so I spend a few minutes happily inspecting the museum shop before entering the room.

Once the large red numbers on the timer over reception ticked down to zero, I make my way to the banquet hall. Pushing open the heavy door, I enter a large square room decked out in the style of a Tudor banquet hall, complete with a magnificent chandelier, ornate fireplace and impressive portrait. As the heavy red curtains begin to close over the floor-length window, I take a seat on one of the wooden benches around the corner of the room.

With the curtains closed, the only light in the room emanates from the fake fire in the corner which emits a fairly realistic crackling noise. The crackling of the fire and the loud ticking noise of a grandfather clock interweave to create an almost magical atmosphere.

At this point, the voices begin to emit from the speakers around the room. Several different voices ‘shush’ the listeners, before the ‘time weaver’ voice introduces himself. The time weaver, with the help of some other ‘time spirits’, or at least that is what I assume they are, give a brief overview of the history of the house. Additional lights and noises, further bring the story to life.

I really enjoyed the introductory show. The information about the role the house has played throughout history was fascinating and I really appreciated the attempt to give the information in a fun and engaging manner. However, I do have to admit that the shown balances on a thin tightrope between a bit of fun and some gimmicky nonsense. For someone like me, who is far from the most serious of people, it was a great experience but I can imagine that for the more serious museum-goer might not be so admiring.

Without a doubt, the garden is my favourite part of this museum. As soon as I step outside, I feel an overwhelming sense of calm. The relaxing noises of a fountain trickling in the background and the sounds of birds tweeting mingle with the fresh scents of herbs and flowers to create a truly tranquil atmosphere. Even the sounds of the excited children in the education centre next door can’t detract from my enjoyment of this oasis, nestled in the middle of the city.

The garden is designed to mimic a traditional Tudor ‘knot’ garden, which is a garden with a very formal, ordered design, filled with herbs and plants that can be used for culinary and medicinal purposes. Around the edges of this arrangement are benches, meaning you can sit back and enjoy the sights and sounds of this beautiful garden.

Towards the back of the garden, you can see the impressive ruins of King John’s Palace which is one of the best examples of Norman architecture in the country. There is also a huge cannon, which was made for the Tudor king, Henry VIII in 1542.

There are plenty of colourful signs around the garden which give information in a clear and concise manner. For younger visitors, there’s also a trail of little signs with animals and plants on to spot as they walk around.

Now that I have been lulled into a meditative state, I leave the gardens and head into the house. I amble slowly through the rooms, some of which are made-up in the style of a room from a particular period, whilst others have information and artefacts from several different periods. I walk from a Tudor cellar to a Victorian kitchen through to a room displaying archaeological finds from different historical periods.

Each room contains a combination of traditional display cases filled with fascinating artefacts and modern interactive displays. There are also various fun sections for children, such as a wicker basket of historical clothing to try on and ‘guess the object’ boxes.

The information is given in various forms, designed for many different ages and interest levels. Little circles dotted around the room give interesting snippets of information, while larger, more colourful displays provide a more in-depth view. The objects and paintings are accompanied by informative guides. There is also an option of a free audio guide, with different points around the museum where you can stop and listen to the information.

Considering that the house isn’t huge, the museum does pack in a lot of information. I like the variety but I felt that, at times, the sheer volume of information could be a little overwhelming.

Another downside is that some of the technological displays appear to be rather perfunctory. For example, in the first room, there is a computer in the middle of the room which shows you the modern-day room and then the room in the past. Beyond switching between the two images and zooming in slightly, however, there appears to be little more that you can do with it.

In my opinion, a good gift shop can make or break a museum. As I had several minutes to wait before going into the introductory show, I had plenty of time to wander around the gift shop. The space is small but well-stocked and I spent a pleasant five and half minutes (according to the timer behind the reception) admiring the displays of historical children’s toys, themed mugs and colourful books.

Another plus for the Tudor house was the café, which is stunning. The front of the café is entirely made of glass and looks out on to the garden. It sells a good selection of sandwiches and cakes and of course, fresh coffee and tea. The roof of the café is particularly interesting as it is made of sedum and wildflower, which helps with the insulation and keeps the bees happy.

I spent a very enjoyable few hours at the Tudor House museum. I loved the interactive show, the gardens and the wide variety of displays. I liked that the museum makes a real effort to bring the history of the house to life, which in my mind is exactly what a museum should do.

I would recommend the museum to all age groups, although I think that it would be particularly enjoyable for younger visitors. 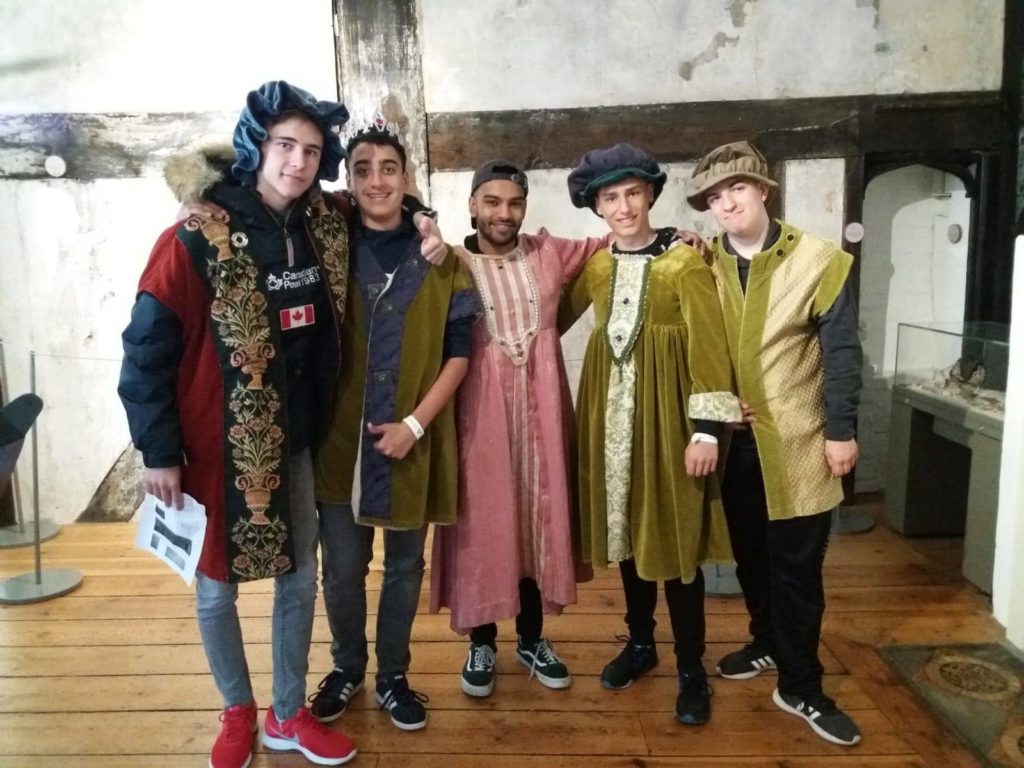 So the next time you find yourself in Southampton with a few hours to spare, then head to the Tudor House and Garden for a fascinating journey through time.

A fun-filled visit from our neighbours across The Channel

Lewis School of English © 2021 All Rights Reserved - Powered by Takeabyte